The collection of ceramics mainly presents pottery made in Bunzlau-style, dated to the period from the 18th century until the time after the Second World War. Although most objects come directly from Bunzlau (Boleslawiec), the collection contains numerous examples of that type of ceramics made in other places or regions, such as Upper Lusatia and thus, provides a representative overview.

The collection of Proskau faience, basically from the second half of the 18th century, is rather small, however, it provides a consistently high quality. Apart from tableware (terrines, plates, jars), it is worth highlighting the four colourfully glazed jugs, shaped like parrots and a monkey, they were used to enjoy hot chocolate.

This collection provides a comprehensive documentation on Silesia being an important producer of porcelain. The collection of E. Tette presents the product range of the Tiesch Company in Altwasser (Stary Zdrój) and consists of more than 1.500 pieces, but other companies (Krister, Rappsilber, Königszelt, Schlegelmilch, Tiefenfurt) are well represented, too.

A look into the mobile shelving system with porcelain from the Tette collection
Photo: René Pech, © SMG 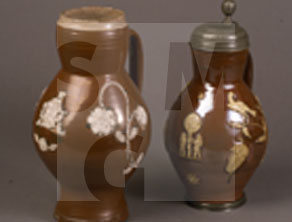 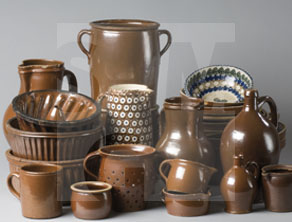 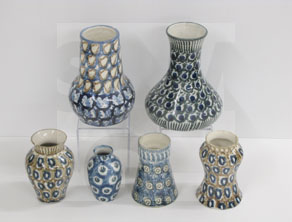 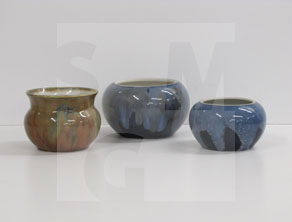 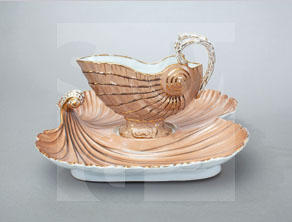 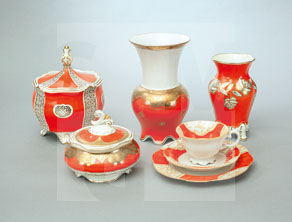 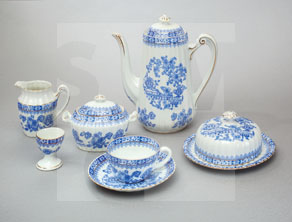